Photographer Alex Strohl shares some shots from his most recent trip to The Last Frontier.

Alaska is one of those places that top many bucket lists — but it’s not the easiest place to get to, despite being part of the United States. The extreme weather makes planning a trip a very precise process, and getting to the most stunning spots of the state takes a lot of planning. But Alex Strohl, adventure photographer extraordinaire and one of the T+L Social Ambassadors, shared some photos from a recent trip to The Last Frontier.

Strohl had been to Alaska two times before, but during the wintertime. This time, he brought along his wife Andrea Dabene, a friend, and a filmmaker to take in the Alaskan countryside during the summer. The entire trip lasted around two months, and they took their sweet time getting to their destination.

“I think what made the vacation memorable was being able to capture the Alaskan and Canadian highway,” Strohl said. “You can travel it in a week, but we took a longer time. You go from Alberta all the way to Alaska, and on this highway where you'll see one bear, one bison, a thousand elks, a wolf, a fox... just in a day on the highway. It was like an Alaskan safari.”

Once they hit true Alaskan territory, there were far less animals to see and much more wilderness. Even in August, the glacier waterfalls flow strong and you can hear the sound of ice cracking from all angles. “We went up to a glacier a couple of times to check it out, “ Strohl said. After days of checking, a helicopter dropped them off on one of the glaciers for a day of exploring. “You're a week away from anything, if you're walking — you'd have to walk through glaciers. We're just sitting on the ice having a little sandwich, and all of sudden underneath us, it's like 'CLUNNNNK' and we feel the whole Earth moving underneath us. It was all ice. That got our minds reeling: what if this collapses? The chopper wasn't going to be back for like six hours.”

All while sharing this story, Strohl is chuckling, further proving past his extreme photography that the spirit for adventure is strong with this one.

Read on to learn more about Strohl’s Alaskan adventure, and find a few new favorite photos (it’s impossible not to). The following photos are arranged in a way that will virtually take you down a trip the Canadian-Alaskan highway and leave you kayaking narrow canyons in one of Alaska's glacial lagoons. 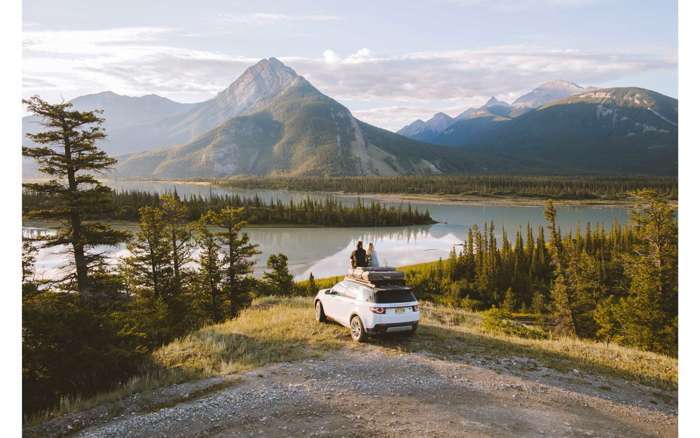 "There were a lot of good times with my wife, Andrea, especially in the Alberta part of the trip. We got a lot of photos of the two of us. There were many moments where we were just hanging out." 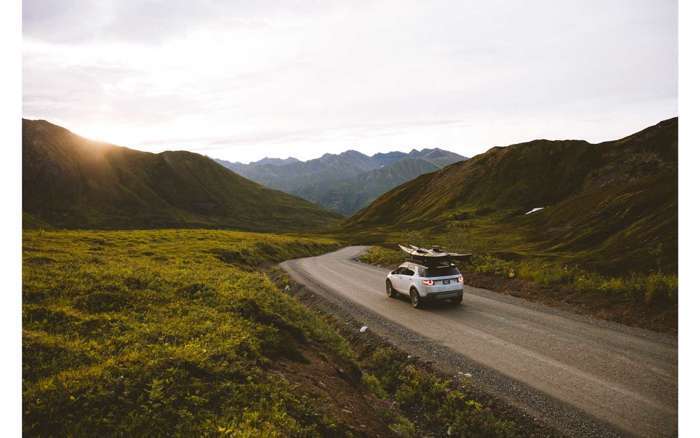 The majesty of Alaska 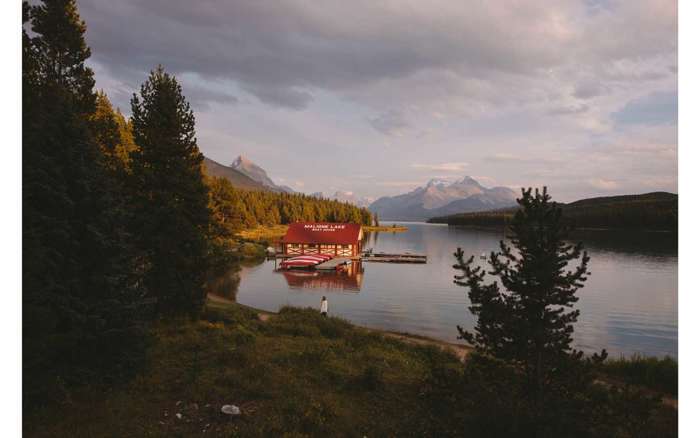 Alaska during the summertime 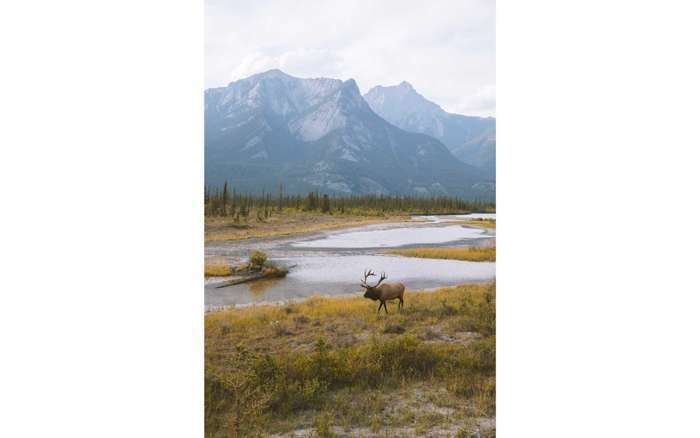 Wildlife on the road

"I think one thing that made the trip memorable was to drive the Alaskan and Canada highway. You can drive it in a week, but we took a longer time — you go from Alberta all the way to Alaska. There you’ll see one bear, one bison, a thousand elk, a wolf, a fox, just in a day on the highway. The bush is so thick. It’s like an Alaskan safari." 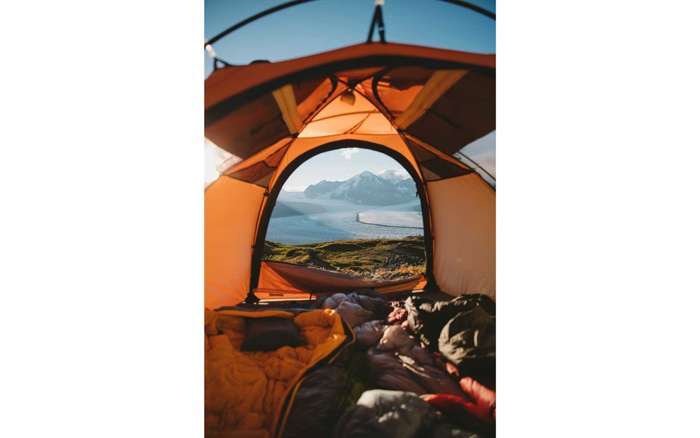 "There was wildlife. We camped over the glacier at a place called Blueberry Hill. They dropped us off up there the night before and they gave us a shotgun. We were like, 'Ok, cool.'" 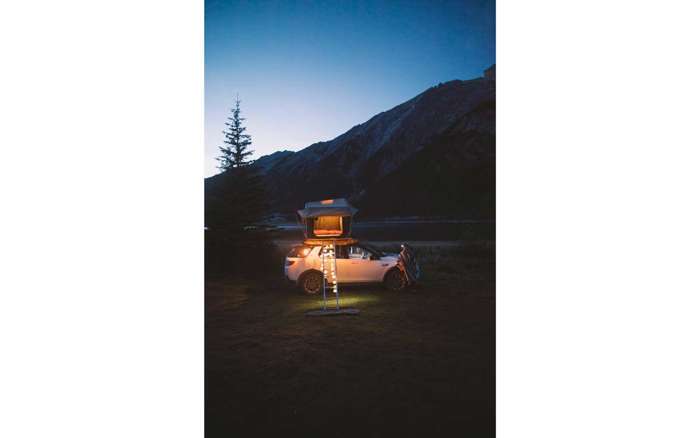 "I was always blown away by Alaska in previous trips. I was always there for projects and shoots, so I was held close to Anchorage since that’s where we were shooting. I would drive in the morning before we started, just for an hour, and I was just like, ‘Wow.’" 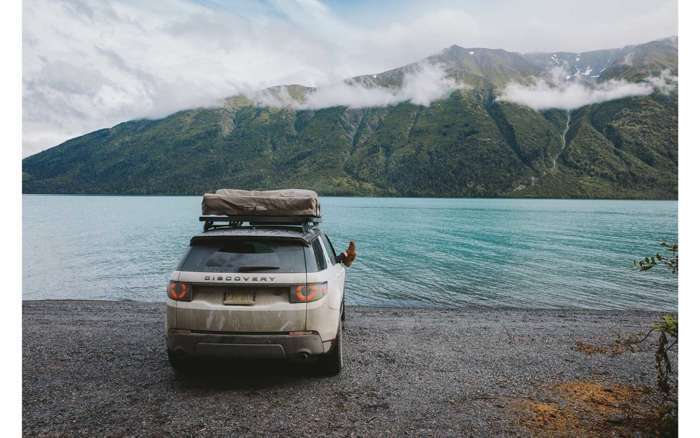 "The guy from the helicopter was just like, cross the river and I’ll meet you on the other side. He wanted us to get closer to the tongue of the glacier to save money on fuel, so we had to cross the river in the car. We were driving a Land Rover Discovery and the car felt like it was floating. It was bound from the front tire to the rear tire, and it was crawling — like it was on its hands crawling slowly. We made it across all good. But there were moments like, should we be doing this?" 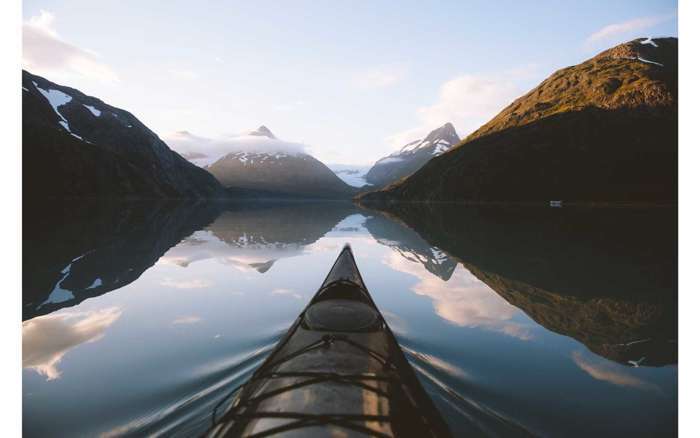 Seeing all of Alaska

"It’s funny; Alaskans say that Anchorage is half an hour from Alaska. When you drive 30 minutes out of Anchorage, you’re in Alaska. It’s a great way to put it. Anchorage is not Alaska. In the United States, there’s nothing close to it, but it’s still not true Alaska." 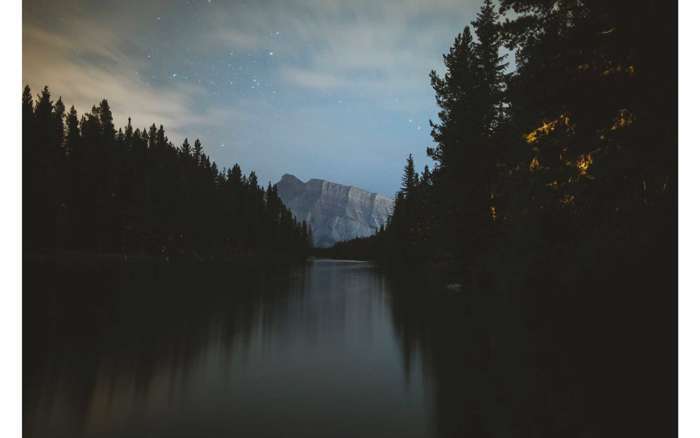 Exploring the lack of limits

"Alaska; it’s really limitless in terms of where you can go. That’s the feeling that is so strong: You’re there and you can do anything — it’s up to you. It’s like Iceland in the way that they don’t have boundaries. There are no fences or signs; it’s just at your risk." 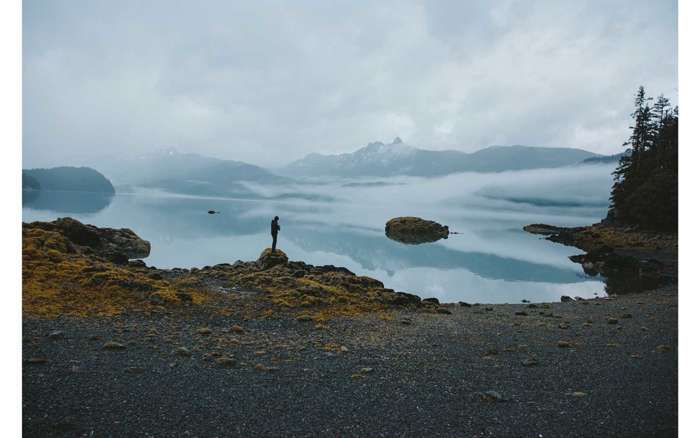 "I want to make it approachable, but we were there for two months total. You can do the adventure in a few days — drive the outback, see the Canadian glaciers inland and go back." 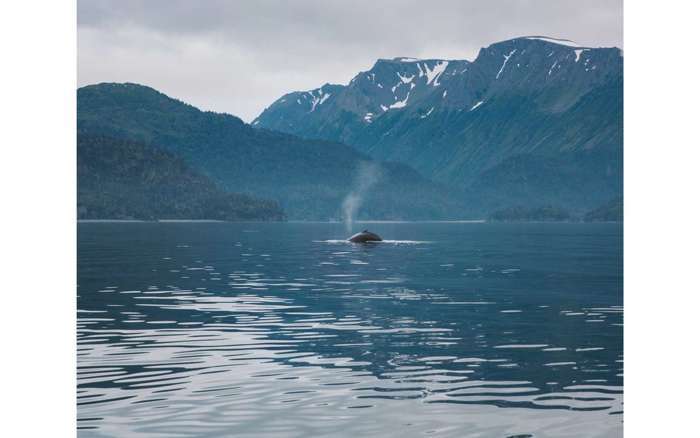 "There’s no one to stop you from doing anything. It really feels like you’ve been left alone in the wild. We were kayaking to an island in a bay near Homer and the island didn’t even have a name. We called it Blueberry Island. We felt a little like modern-day explorers. That feeling, you don’t get it often, if ever." 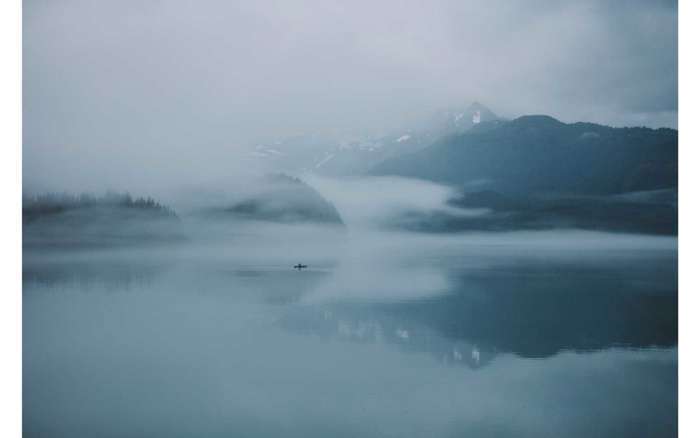 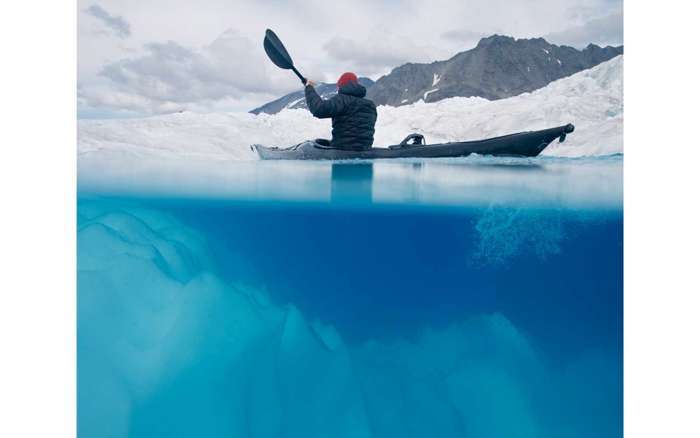 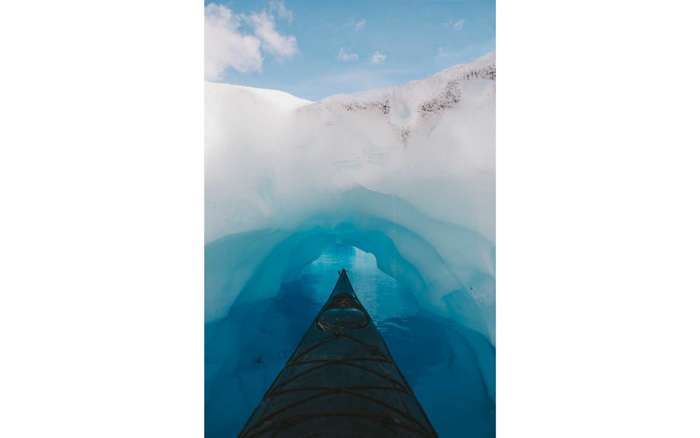 "We checked one glacier we wanted to explore a couple of days, and on the third day they dropped us off with a helicopter — just the three of us, my buddy Isaac, a filmmaker, and I — and you’re a week away from anything. If you walk, you have to walk through a glacier. They just leave and we’re sitting on the ice having a sandwich, and all of the sudden underneath us, it’s like CLUUUUUNNNNK. We feel the whole Earth move underneath us, and it was all ice. Your mind races through the options: ok, what if this collapses? What do we do? The chopper wasn’t going to be back for like six hours. That was a big moment for us." 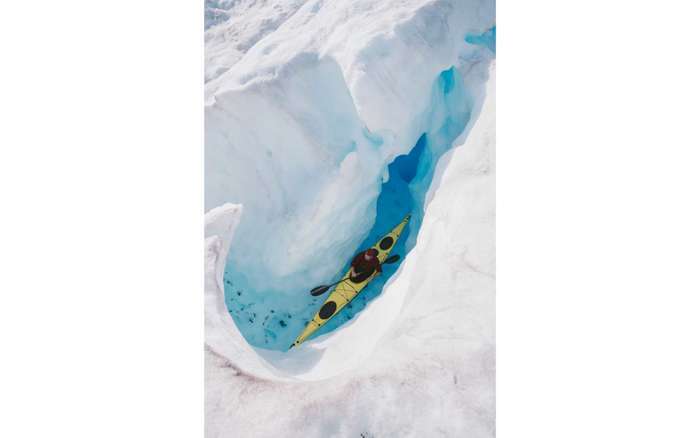 "That canyon goes for miles — you can follow it for as long as you want. It’s narrow, but it’s not deep. Most parts when you’re walking, you have water up to your knees. The water was ice cold. I had a dry suit, but I had forgot my gloves. My hands were bleeding from the ice. Every time you touch the ice, it’s like a knife."