Hotel: Park Lane Hotel, Preferred Hotels & Resorts
What Makes it Special:
This classic, 47-story NYC Central Park South hotel has been re-imagined and re-opened as a sophisticated, playful, and inclusive hotel in a very exclusive part the city. Celebrated design agency Yabu Pushelberg restored the existing architectural details of the historic, post-war building with bold colors and eclectic textures redefining its mid-century luxury aesthetic. Nearly half of the over 600 rooms have park-facing views, with the other half featuring vistas of the Manhattan skyline. Whimsical murals in guest rooms and public spaces shatter any impression of stuffy luxury. Guests have three unique in-house dining options, which include the Parisian-style lobby bar Rose Lane, reimagined Harry’s New York Bar and Central Park South’s only rooftop lounge “secret garden” cocktail bar. 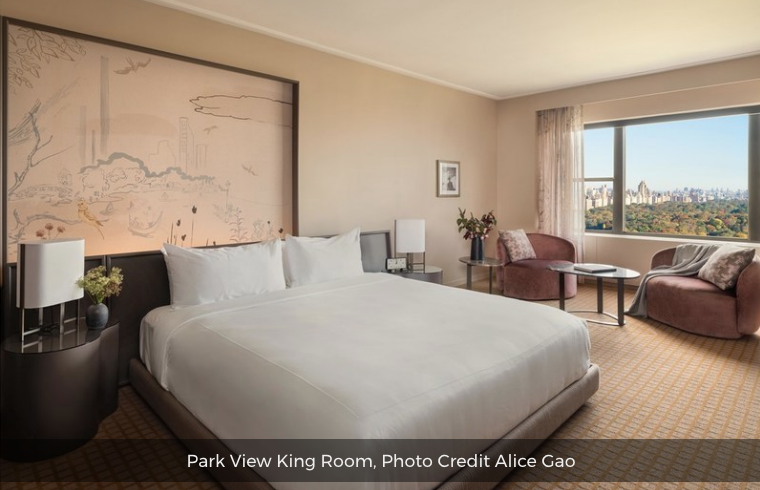 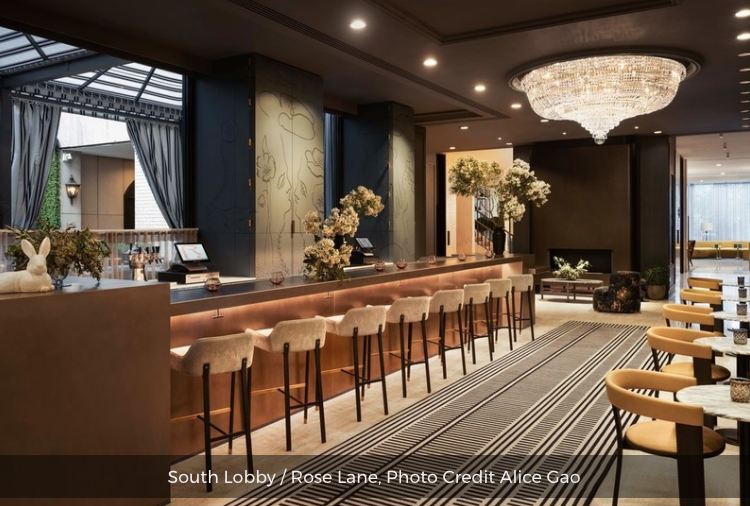 Why Visit:
Located on “Billionaires’ Row” on Central Park South between 5th and 6th Avenues, the hotel is ideally located directly across the southeast corner of the park and within immediate walking distance to some of NYC’s most famous attractions, such as Lincoln Center, Carnegie Hall, 5th Avenue shopping, and the Museum of Modern Art. Of course, everything in New York is within easy reach, from its famous restaurants to rooftop bars with views of the skyline, to icons of American architecture and culture like the Statue of Liberty and the Empire State Building. The anniversary of era-defining, NYC-based TV series Friends, and the reboot of Sex and the City, have re-inspired some fans to relive beloved scenes and revisit famous neighborhoods of our favorite fictional characters.

Hotel: Bvlgari Hotel Paris
What makes it special:
Luxury fashion house Bvlgari brings Italian glamour to the magic of the French capital. Located on the Avenue George V in the ‘Golden Triangle’, home to the French capital’s luxury and fashion excellence between the Seine and the Champs-Élysées, the Bvlgari Hotel Paris is where ‘bold’ Italian design and hospitality excellence, as well as contemporary Italian cuisine meet the jewelry heritage of Bvlgari in the glorious setting of Paris. 76 rooms and suites, including the Bvlgari Penthouse, have views of all the capital’s iconic monuments including the iconic Eiffel Tower: 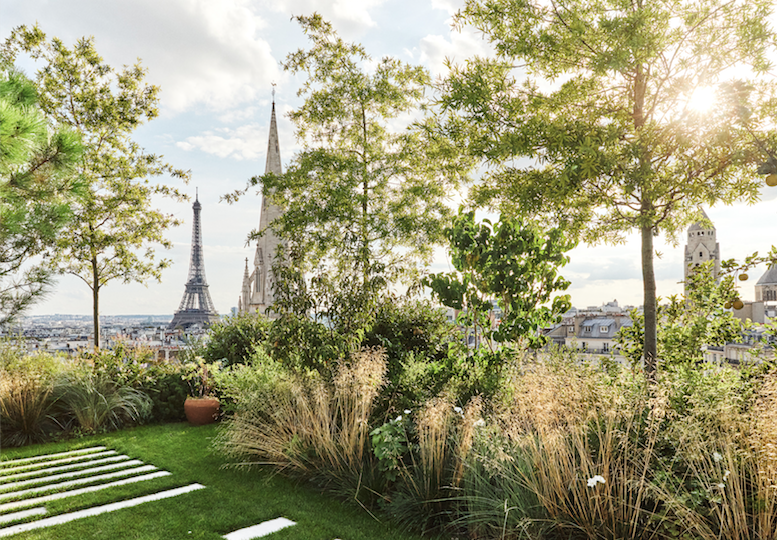 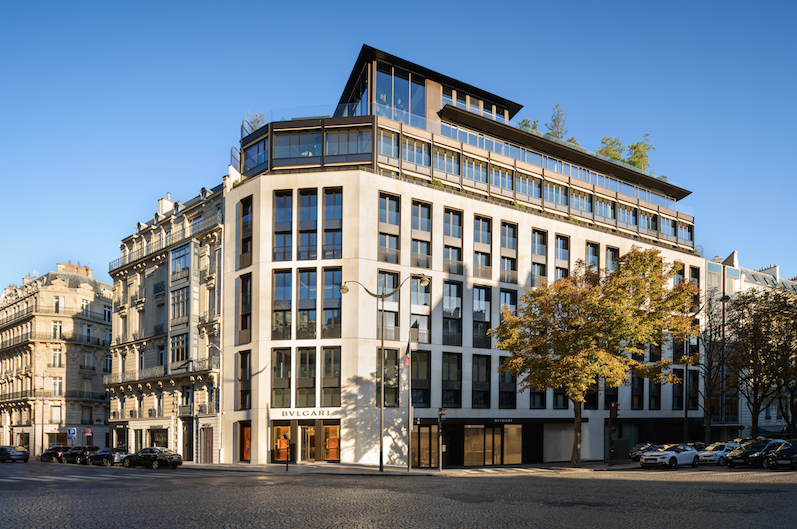 Why visit:
It’s always time to reconnect with the City of Light and one of the world’s most magical, walkable cities. From strolls along either bank of the Seine, to the twinkling lights of the Eiffel Tower, the majesty of historic monuments, to renowned museums and palaces of cuisine to humble restaurants that serve mouth-watering bistro food, from the incomparable boutiques of the Marais and grand department stores that are as much destinations as places to shop for that perfect French addition to your style, there’s no place like Paris.

Hotel: Radisson Collection Hotel, Palazzo Nani Venice
What makes it special:
Radisson Collection Hotel, Palazzo Nani Venice, near the heart of the city, was built as a private family villa in the 1500’s, and has opened as a 52-room hotel following two years of renovations approved by Venice’s arts and heritage authorities to preserve its authentic qualities. Restoration work focused on the original decorative and architectural elements of the building’s façade and interiors. Special attention was paid to the restoration of historical ornaments, including centuries-old stuccos and paintings on the walls and ceilings. During the excavation works, some Roman flooring was found and registered as an historic find. The hotel’s wine bar and terrace offers traditional Venetian food, wine and cocktails, while the hotel garden overlooks the Cannaregio Canal. 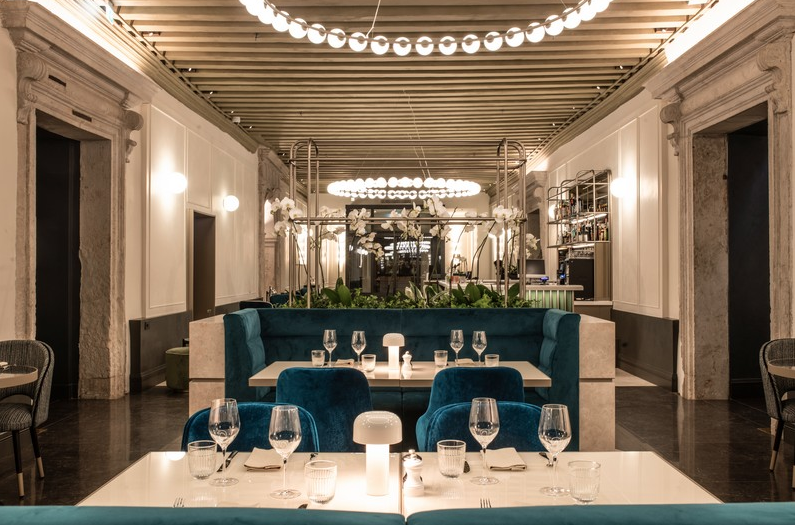 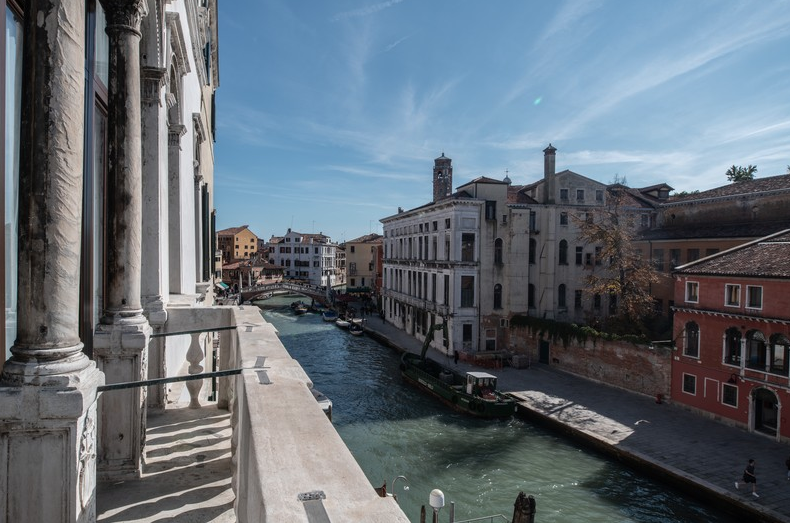 Why visit:
With views of the Cannaregio canal, and located by the Venetian Ghetto in the northern part of the city, the
Radisson Collection Hotel, Palazzo Nani Venice lies in the Cannaregio district, known for the historic Jewish Ghetto and the many local bars and restaurants. The Vaporetto stop just outside the hotel provides access to the rest of the city, including St. Mark’s Square, the romance of walks along canals and bridges with stops at restaurants and shops of famous Venetian craftsmanship, and of course, gondola rides of exploration. You can also take a water taxi from the hotel to the train station, airport and the islands of Murano and Burano, famous for glass workshops and extended Venetian culture and lifestyle.

Hotel: Muir, Autograph Collection
What makes it special:
Muir is the first hotel in the Canadian Atlantic coastal province of Nova Scotia to join Marriott Bonvoy’s Autograph Collection. From a picturesque location in the heart of this famous port city’s waterfront lifestyle scene, carefully appointed rooms with thoughtful amenities, to Nova Scotian art, design and dining, Muir establishes an authentic “Sense of Place” that invites guests to forge a meaningful connection with contemporary Nova Scotia and its people. Muir projects a contemporary marine, wharf-like design using local materials, including salt-and-pepper granite and sandstone, as well as Muntz metal, a copper alloy prominently used in shipbuilding.

Why visit:
Muir is part of the Queen’s Marque district of Halifax, a cultural and community destination for locals and visitors to Atlantic Canada. The bustling district encompasses vibrant restaurants, shops, nightlife, offices and luxury residences, all set against a striking harbor backdrop. Halifax is the capital city of the province that fosters Scottish heritage more than nearly anywhere else in the world outside of Scotland, where you can find your inner Scot at a Gathering of the Clans or musical Tattoo. Halifax also cradles a Canadian Atlantic lifestyle that features whale watching, dining on lobster, sailing, coastal exploration, famous lighthouses and more.

Hotel: Ritz-Carlton Mexico City
What makes it special:
This hotel is the third Ritz-Carlton in the country, but the first urban Ritz-Carlton. It has transformed Mexico city’s skyline with its 58-story tower along the iconic Paseo de Reforma and showcases sweeping, uninterrupted views of the famed Chapultepec Park. Its location and views are maximized by a double glass façade and open-air terraces, inviting guests in its 153 guest rooms and suites to discover a new perspective on the city. The hotel’s design pays homage to Mexico city’s profound role in the surrealist art movement, and how Mexican artists like Frida Kahlo celebrated their indigenous roots. Its design makes use of metals, mirrors and glass to reflect the exterior into the interior, creating a surrealist experience by playing with perspective and distorting the surrounding, traditional architecture. A calm neutral color palette with shades of smokey ash, deep blues, and metallic fibers woven throughout the hotel are a nod to Mexican storytelling and folklore, and local ingredients and botanicals, as well as healing and spiritual traditions of Mexico City’s Aztec culture, in addition to local flavors in its dining offering, add to the hotel’s uniquely local experience. 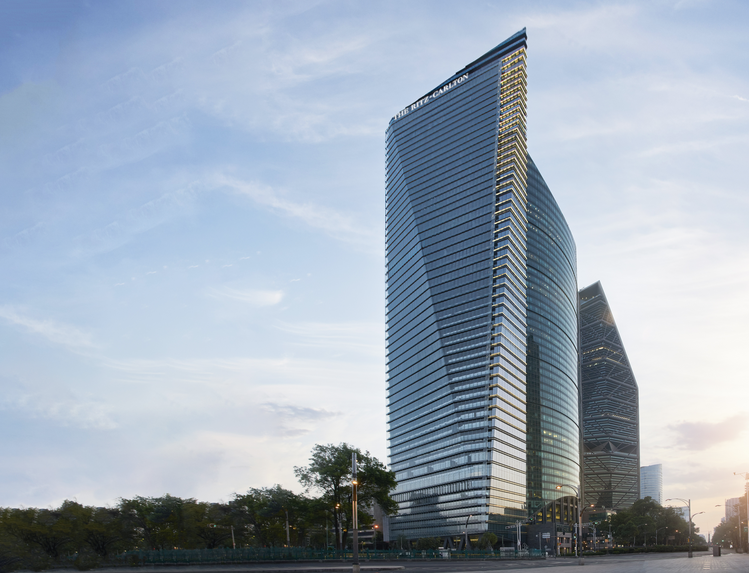 Why visit:
The personalized guest experience at the Ritz-Carlton Mexico City goes beyond its doors into the vibrant city that’s known for its art and culture scene. A hotel tour with a local historian allows guests to be immersed into the Mexican rituals and celebrations that inspired the hotel design, and hotel staff curate days of exploration for cultural discovery and epicurean adventures in the city. Part of the hotel’s vision is to be a “literal and figurative gateway along the Paseo de Reforma, welcoming and encouraging guests to learn about the colorful history, dynamic present and bright future of Mexico City,” say hotel officials.

Hotel: Melbourne Marriott Hotel Docklands
What makes it special:
The first Marriott Hotels property to open in Australia in 20 years is a 189-room center of hospitality whose design takes inspiration from the yachts in the city’s harbor, and its façade offers multiple views over the water, city skyline, and the Bolte Bridge. The hotel’s lobby holds fluted glass windows with art installations to welcome guests, as well as brass golden chains suspended over the area to mimic a cinched sailcloth. But its centrepiece is a 92-foot, wet edge rooftop infinity pool, with an adjoining Sunset House bar, one of the only bars in town with views of sunsets illuminating the city skyline. Melbourne Marriott Hotel Docklands also welcomes the first exclusive, 24-hour M Club executive lounge in Australia. 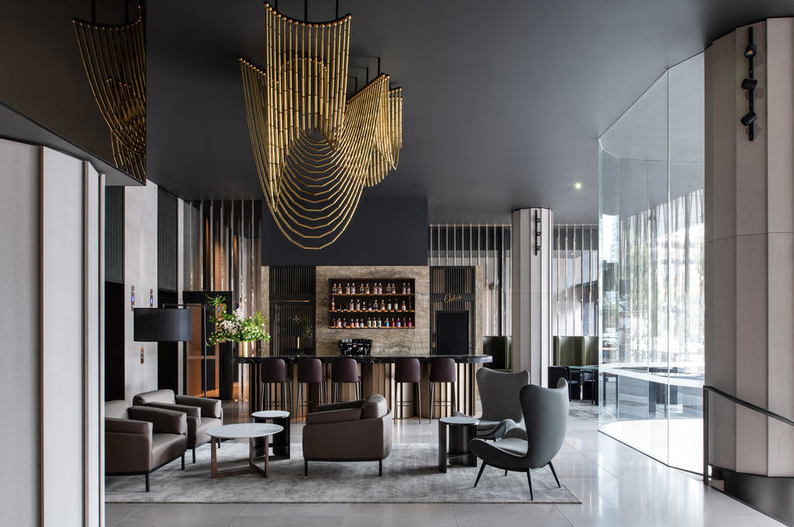 Why visit:
The hotelier says it aims to offer “an all-encompassing experience” of Australia’s second city. Located within the retail, leisure, and entertainment precinct, The District Docklands on Waterfront Way in Melbourne’s city center, the Melbourne Marriott Hotel Docklands doesn’t just offer views across Melbourne’s harbour, city skyline, Bolte Bridge, and into sunsets in the west. Melbourne's Docklands is one of Australia’s largest urban renewal projects, reconnecting central Melbourne with its historic waterfront on the Yarra River. Melbourne is the gateway to the state of Victoria’s treasures, including Great Ocean Road and the vineyards of the Yarra Valley.

Images courtesy of their respective hotels.

'Astro' Travel Will Have You 'Seeing Stars'

Putting on the Ritz... At Sea

Miami Heats Up This Summer with Three Hotel Openings