A Twist on 'April Showers' at This Country's New Year Celebrations

About Thailand Local Events
Many modern holiday celebrations put an irreverent twist on their historic – and often more solemn -traditions.
Thailand’s Songkran may be one of the most extreme examples of that phenomenon.
Ancient Thai culture marked the New Year in what we now call April. The word is Sanskrit, meaning ‘astrological passage’, and it coincides with the rising of Aries and the New Year of the Hindu and Buddhist calendars. Songkran is a three-day ritual, from the 13th to the 15th of April. The final day, April 15th is considered ‘New Year’s Day’ itself.
To help usher in the Thai New Year, we were invited by the Tourism Authority of Thailand to a virtual Songkran celebration via a live feed to events in the country.
You can WATCH the video of our virtual visit to Thailand at the top.
Water rituals play the central role in the observance of Songkran. They symbolize washing sins and bad luck away, and purifying the celebrant for the new year.
During our live feed virtual visit to a Thai temple, we watched celebrants gently pouring water over a Buddha statue. 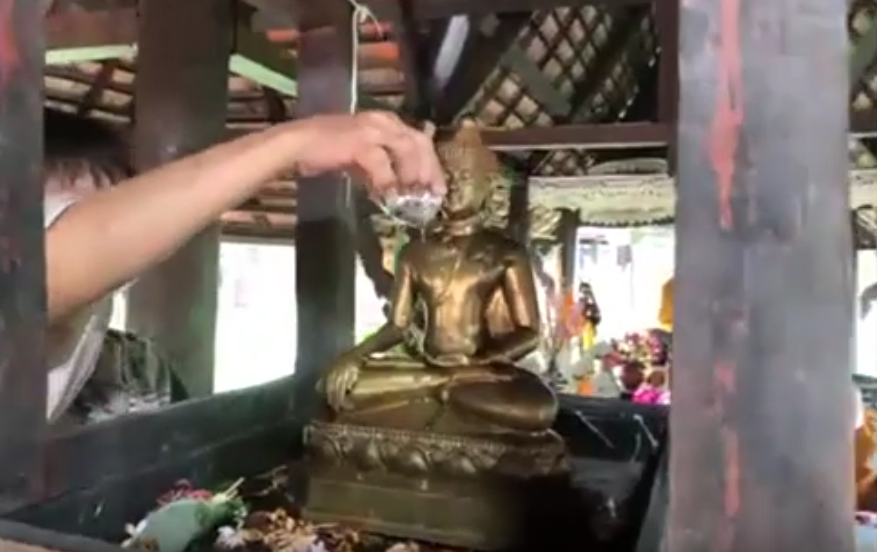 (From Tourism Authority of Thailand video, top)
They also made offerings and practiced hand cleansing rituals with their elders and the Buddhist monks at the temples.
Then it was off to an elephant sanctuary. Elephants are the national symbol of Thailand, and are considered sacred for their role in Buddhism. These majestic, intelligent and sensitive animals also have a connection to the water. They are often pictured bathing in rivers and spraying each other.
The manager of the sanctuary wished us happy Songkran, and observed Songkran water purifying rituals – but it was an adorable baby elephant who stole the show, shyly weaving around the other elephants’ legs in the background, and peaking occasionally into the camera.
The final segment of the virtual event was a visit to the kitchen of American Top Chef alumnus, Asian cuisine chef Arnold Myint, where he prepared a refreshing Thai dish known and loved in Thai restaurants around the world, Thai papaya salad. 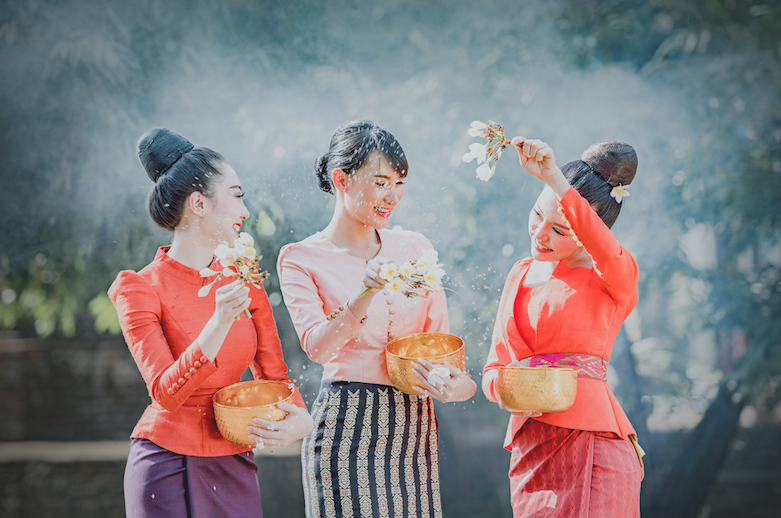 That’s how authorities like to depict Songkran, in all its charming, respectful and uniquely Thai aspects.
This is how the new generation celebrates Songkran – with public water fights! The ‘super soaker’ version of Songkran is just as colorful... maybe just not the most dignified or elegant. But it’s clearly inspired by traditional celebrations of water cleansing and even sacred elephants spraying water! 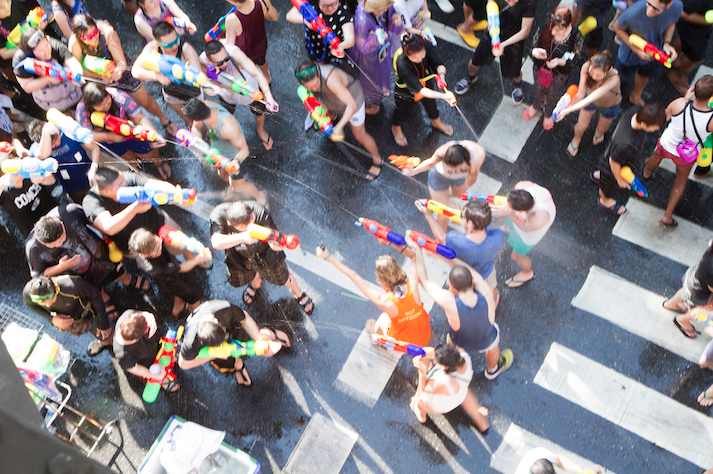 There may be a practical element, too. While technically ‘Spring’ in the northern hemisphere, in sultry Thailand so close to the equator, April is actually the hottest month.
And while water fights on the streets with buckets and water guns and unavoidable wet T-shirts (!) may seem pretty irreverent, they do provide precious relief from the heat – you might call it ‘blowing off steam!’
Maybe that’s why modern, young celebrants are putting a ‘splashy’ new spin on ancient Songkran rituals.

7 Top Caribbean Destinations to Ring in the New Year

This Entire Caribbean Island is now a UNESCO Biosphere Reserve