The Emerald Isle is Hollywood gold! Lovers of green beer and big parties may dream of visiting Ireland for St. Patrick's Day festivities. But if cinematic drama is more your style, Ireland is where your fantasy of standing in the spectacular natural setting of some your favorite movies can come true.

Ireland's dramatic scenery has been the backdrop of some of the world's biggest film and video sensations. (All images courtesy Ireland.com). It’s where Game of Thrones, Harry Potter and Star Wars fantastical settings were brought to film life, where Braveheart and the Vikings battled for glory in places that appear to have changed little from the ancient times they depict, and where many other iconic movies and TV series played out in the perfect backdrop. 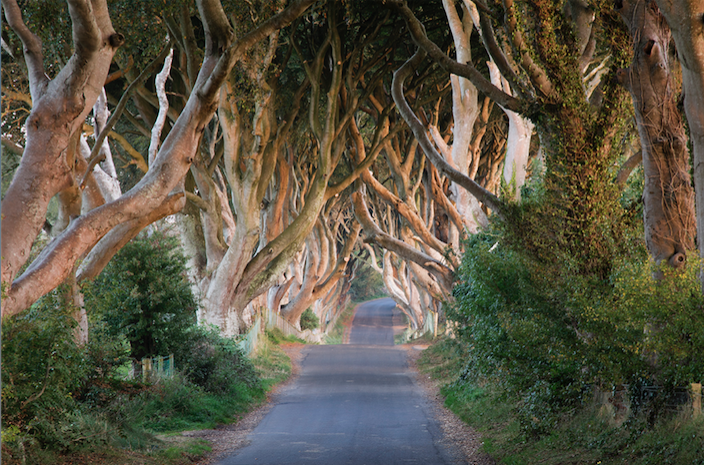 It's amazingly easy to get behind the scenes at Ireland’s top film locations. You can take guided tours or travel on your own to places you'll experience some movie déjà vu. 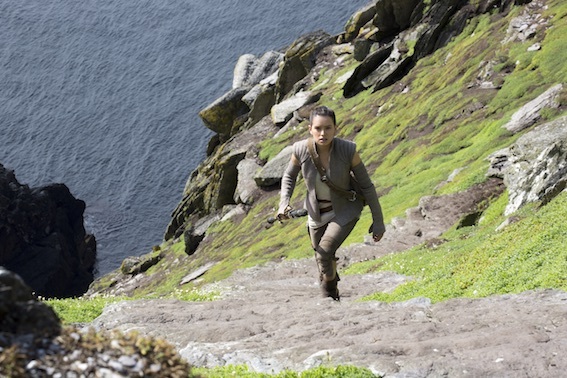 Ireland's island of Skellig Michael off the coast of County Kerry is much closer than a galaxy far, far away. Its ancient monastery, as well as and Malin Head in the rugged north-west, are locations where Star Wars fans can feel the Force. 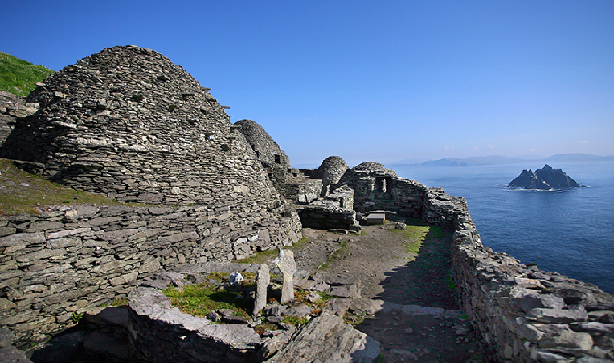 Film locations are just one reason to visit the spectacular Wild Atlantic Way. Harry Potter’s horcrux cave is at the foot of the famous Cliffs of Moher. Or remember The Quiet Man? See his home the pretty village of Cong.

In Ireland’s Ancient East, set-jetters can stroll along the golden expanse of Curracloe Beach in County Wexford, which featured in both Brooklyn and Saving Private Ryan. Plus more scenery for Vikings fans, who can follow in their heroes' footsteps through the beautiful Wicklow Mountains. 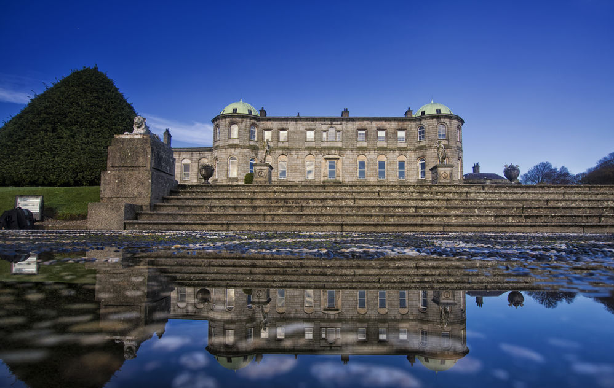 Wicklow is also home to the magnificent Powerscourt Estate. It was the elegant setting for Ella Enchanted and The Tudors. 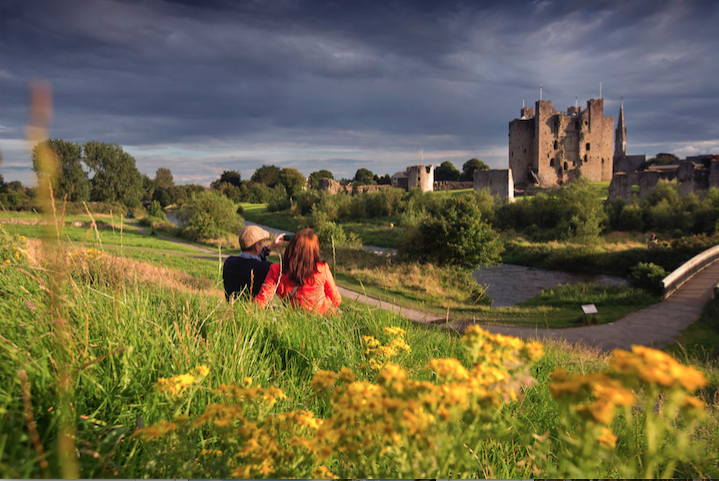 And fans of epic Braveheart will recognize Trim Castle in County Meath, which looks much more peaceful when you visit than it did in the movie.

In Dublin, bustling Grafton St provided the urban setting for Once and historic Kilmainham Gaol put stars behind bars in Michael Collins and The Italian Job. 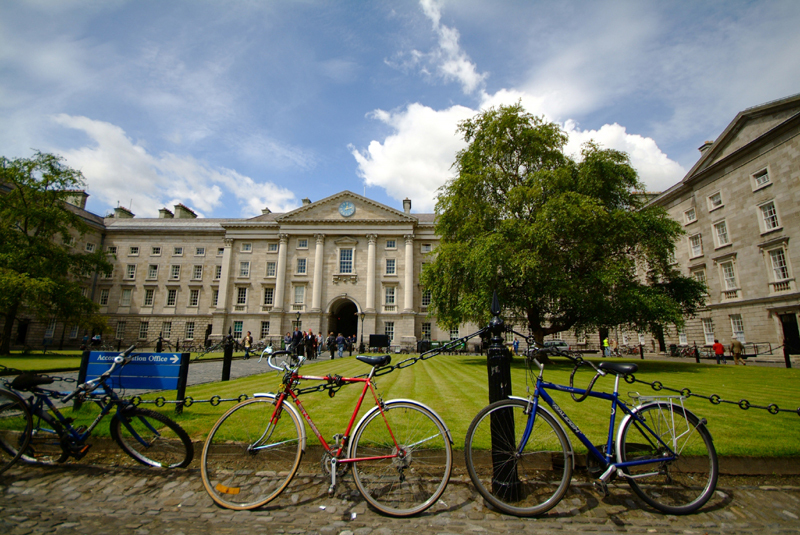 To see the location for Educating Rita, movie buffs can visit Trinity College, famous for the Book of Kells. Are you a Bollywood buff? It's also the location of the Indian blockbuster, Ek The Tiger.

Northern Ireland stars brightly on screen too. TV shows like The Fall and Line of Duty and big-screen blockbusters like Dracula Untold were shot there.

But these days, it's most known worldwide as the ‘Home of Thrones’. 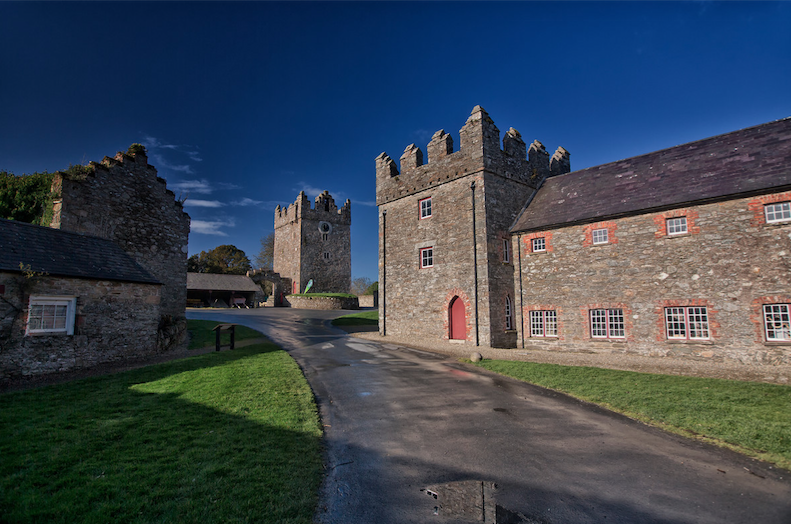 A number of tours visit beautiful Game of Thrones shoot locations, including Castle Ward (Winterfell) in County Down, the Dark Hedges (Kingsroad) and Ballintoy (Pyke Harbour) in County Antrim, and Downhill Strand (Dragonstone) in County Londonderry.

There's more to do than take a selfie (no judgment if you pack a costume to get into the moment). Fans can enjoy a taste of Westeros at a medieval banquet, meet the direwolves, and shoot arrows on the set where Robb Stark taught Bran archery.

Ireland's dramatic scenery isn't the only way to immerse yourself in the island's movie magic. Time your location tour to coincide with one of Ireland's film festivals. Among the choices are the six-day Galway Film Fleadh (July) and the Oscar-affiliated Foyle Film Festival (November) in Derry~Londonderry.

If you're a 'die hard' fan of film, making Ireland your go-to movie location destination puts you in good company with many of the world's most famous movie-makers.